In the face of such unimaginable evil like the Holocaust, how does one manage to make a true connection with the victims to understand the scope of this event? One must attempt to separate the victims from mere numbers, more than six million Jews were slaughtered and while there are museums books and pictures to educate people this fact is incredibly difficult to grasp emotionally.

Steven Spielberg changed statistics for faces and names, characters we could get to know and understand. In this way he ensured that viewers would make a personal connection with the characters on screen, to feel their fear and pain. His goal was to tell a story everyone could relate to in a way, no one could ignore this way. To do this he forces the viewer to confront this horror on a personal level, to

realize that every victim had a story, loved ones and a life.

Spielberg realized that looking at the Jews of the Holocaust simply as a group is just another way to take their humanity once more. On Schindler’s List the victim

regains a sense of individuality and uniqueness. Most directors can deliver a history

lesson but it takes a great one to portray what just might be the worst atrocity ever committed in human history in a truthful and emotional fashion.

managed to make one of the most heartfelt films of all time. The film opens with the lighting of a candle illuminating the Hebrew prayers reciting thousands of years of culture. The candle burned steadily throughout and as the prayer diminishes the candle fades and so does all colors. The screen turns to gray, their culture and their people go up in smoke, there is no light left, the gray of the Holocaust begins. The

show offy, however the use of black and white in Schindler’s List successfully

recalls this period in history while symbolizing the loss of hope and humanity that took place. Spielberg also takes this opportunity to use color to highlight certain key scenes and symbols in the film, the most obvious being the girl in the red coat.

Spielberg said the scene was intended to symbolize how members of the highest levels of governments in the United States knew the Holocaust was happening yet did nothing to stop it. It was as obvious as a little girl wearing a red coat walking

down the street to Schindler. She’s the embodiment of life and innocence, it’s

color in a dark cruel world.

There’s a saying that’s miss attributed to Joseph Stalin that says, one death is a tragedy one million deaths is a statistic. Well this seems like a cold message to take

color, full of life. And though while Oscar Schindler starts out as a greedy war profiteer. Perhaps the ultimate turning point, to become a man willing to

sacrifice his fortune in favor of life, is when we see the girl again, her dead

machine that was the Holocaust to them.

She’s just another number, but to Schindler and the audience her death symbolizes the end of hope and innocence. Oskar Schindler serves as a body to move us through the story. It’s safe to assume the genocide of millions of people may have been a statistic to him and even perhaps to the viewer at the beginning of the film, but we all start to care, we start to recognize the individual. Schindler and the audience share these similarities, being unable to stand by and see these people killed. There is a personal connection that’s established with the victims in his

relationship with his workers, parallels the connection the audience makes with

them. Spielberg forces us to get to know these people and care for them. Schindler

wants them to survive and so do we.

them to leave their luggage as it will follow on a separate train. Of course the

luggage never follows them, the piles of belongings symbolize the millions of

lives that were lost as well as the essence of the victims who are completely stripped of their identity. Besides heavy symbolism Spielberg also uses parallel editing to highlight the contrast between the cruelty towards the Jews and the comfort of Schindler and the Nazis.

Early in the film a Jewish family is forced to leave their luxury apartment and to move to the ghetto. Another effective use of parallel editing is, when Schindler celebrates his birthday in a nightclub holding a party with the Nazis in the middle of the evil surrounding them.

The scene is intercut with the officer in charge of the flash show camp brutally beating his maid Helen in the basement after attempting to seduce her as well as being split with a wedding taking place at the concentration camp.

The contrast between hope and joy, of the celebrations and the brutality reflects the harshness of the holocaust when, even during hopeful situations violence and death were always just around the corner. The use of parallel editing in the film provides a strong contrast between happiness and sadness, a good example of this contrast comes after the evacuation of the ghetto.

the soldier begins playing the piano

The soldiers are shown as intellectuals, as we could say the film shows what civilized people were capable of doing and how the German people, of poets and thinkers, was able to transform into a culture of murderers.

The major strength of the film is how subtle it is in the development of its characters and relationships. Oskar Schindler isn’t a conventional hero in any sense, he was a drinker a womanizer and a con artist. At the beginning of the film he’s a businessman driven by nothing more than greed. There’s no indication of hate nor affection toward his Jewish workers, hiring them at starvation wages. The Jews themselves received nothing by the end of the film.

He ends up broke and wants nothing but for his workers to survive His transformation is a slow burn, steadily developing compassion for his workers as he begins to see them as humans. Of course just as in real life his motives are never

explained but we can understand them better by taking a look at the people closest to Schindler. He’s able to influence Schindler’s morality, he takes advantage of his

position in the company to save as many Jews as he can by realizing that the factory can become a haven. Stern’s relationship with Oskar Schindler contributes enormously Lee to the decision to save the Jews and this relationship grows slowly as CERN begins to respect Schindler as his intentions change.

I think most people love other properties, the vivid and terrible way the Holocaust is portrayed in the film is laid by a manga. The leader of the concentration camp control is Paul, he represents the evil of the Nazi Party.

self-centeredness. The difference between them is good, never strays into goodness and denies any connection to an individual, is a complicated character. He’s deeply conflicted since he heavily believes in Nazi ideology and constantly

kills Jews for what seems to be his idea of fun. But at the same time he exhibits strong feelings for Helen his Jewish made when Schindler tells him they can never be together, he replies he would be merciful to Helen by simply shooting her in the

head. This twisted idea of a merciful death embodies his character completely,

The film’s message is that one man has the power to save, lives to make a difference even in the face of an evil like the Holocaust. Spielberg depicts this horror while carrying the theme of individualism all the way to the end. The

final scene is the second one in the film that is fully colored. Schindler’s Jews appear along with their actor counterparts, this serves the purpose of showing that these survivors were real and not just fictional characters. The few who were able to triumph over evil.

If you’re gonna take something home today it’s this, never let your beliefs get in the way of facts. Human beings have a tendency to forget as time goes by the survivors and witnesses of this event slowly fade into the pages of history. Schindler’s List is a good reminder of the atrocities that happened not too long ago demanding that we acknowledge would took place. 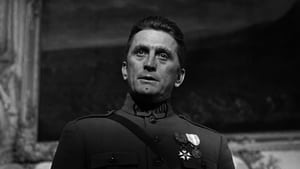 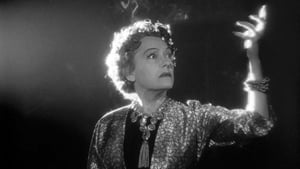 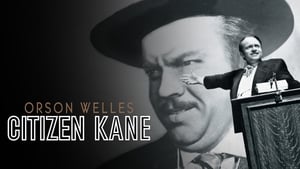 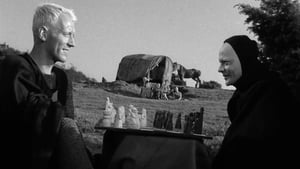 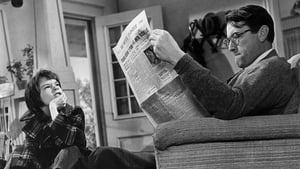